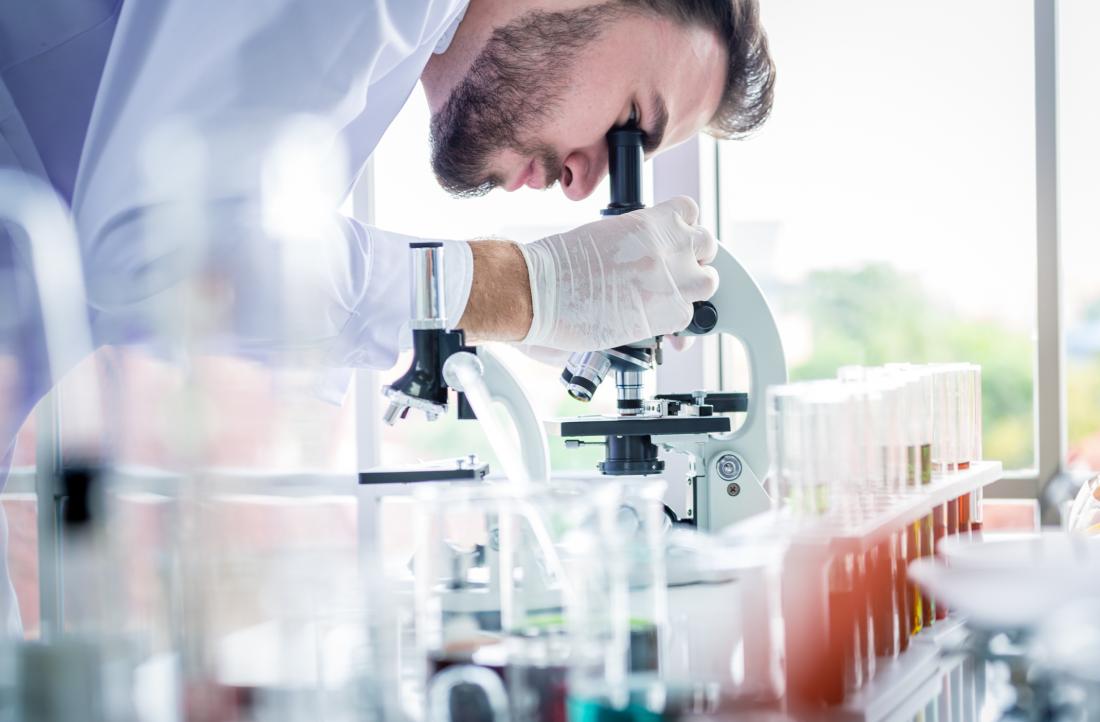 New research zooms in on four gold molecules that may change cancer treatment.

For the past few decades, platinum based cisplatin has been a compound of choice in the treatment of many cancers.

It is especially effective at halting testicular cancer, with a success rate of more than 90%.

However, the usefulness of cisplatin and other metal based cancer drugs has been limited due to their toxicity, their resistance to other drugs in a person’s system, and a lack of long term stability.

Now, a study by RMIT University in Melbourne, Australia — the results of which appear in Chemistry: A European Journal — has announced the engineering of four gold based, bioactive molecules for use in cancer treatment.

Preclinical trials have shown these molecules to be up to 24 times as effective as cisplatin at killing some cancer cells.

They are also better at arresting tumor growth, and they are resistant to other medications, allowing them to remain effective for longer.

“Our results show there’s incredible potential here for the development of new cancer fighting therapeutics that can deliver lasting power and precision.”

People have known about the therapeutic benefits of metal for thousands of years.

Metals, after all, are naturally occurring elements involved in a range of cellular activities, and they are compatible with the human body — at least up to a point. Establishing the optimal safe dosage has been challenging.

Nonetheless, the ancient Egyptians and Chinese (among others) successfully used gold and copper to treat syphilis. Likewise, physicians of classical Greece dispensed cinnabar (mercury sulfide) to treat eye disease, trachoma, and other conditions.

In the mid-1960s, researcher Barnett Rosenberg was conducting experiments with Escherichia coli bacteria when he discovered that powering up his platinum electrodes — which he ironically selected for their presumed inertness — caused cell division in his samples to abruptly stop.

He soon found the reason: a compound, called cisplatin, which the electrodes had produced.

Since its eventual approval for human use in 1978, cisplatin has become an important tool in fighting cancer — both on its own and in combination with other compounds.

The team that engineered the new molecules — RMIT’s Molecular Engineering Group — brings together synthetic chemists and pharmacologists who share decades of experience at developing gold molecules for specific uses.

In this case, the researchers designed molecules that would narrowly target cancer cells without harming healthy cells.

Their molecules would also inhibit the production of thioredoxin reductase, an enzyme associated with both cancer growth and drug resistance.

In addition, the molecules have anti-inflammatory properties useful for relieving the swelling often present at tumor sites. This capability may also suggest a role for the molecules in the development of future arthritis therapies.

The researchers have completed in vitro and in vivo preclinical studies that demonstrated their molecules’ cytoxic effect on prostate, breast, cervical, melanoma, and colon cancer cells. They also slowed tumor growth in animals by as much as 46.9%, as opposed to cisplatin’s 29%.

READ  Why we should embrace exercise on prescription

Suresh Bhargava, leader of the research group, points out the long-unsettled status of gold as a therapeutic agent.

“We know that gold is readily accepted by the human body, and we know it has been used for thousands of years in treating various conditions,” he says. Still, “gold has been market tested, but not scientifically validated.”

The team’s quartet of new molecules changes that. “Our work is helping both provide the evidence base that’s missing, as well as delivering new families of molecules that are tailor made to amplify the natural healing properties of gold.”

The Molecular Engineering Group is now looking to acquire funding for its next steps: human clinical studies and regulatory approval.

READ  How to Make Life Less Scary This Halloween Season

Teaching Kids To Hide From Gunfire: Safety Drills At Day Care And At Home

Anthony Fauci: ‘Now Is The Time … To Care Selflessly About One Another’